The Story of bart

DICK Whittington AND HIS CAT

We launched the new venue based within the 125 Year old Leyton Great Hall on Thursday 2nd September 2021. Our aim is to create a unique and exciting place of entertainment here in the East End of London. We have been very generously supported by the Arts Council of Great Britain with it’s Culture Recovery Grant which has enabled us to program up a very varied programme of Musical Theatre shows, Plays, West End Star Cabarets, Film Nights, Award Ceremonies, Immersive Theatre and Concerts. These performances throughout our year long programme are a celebration of bringing back Leyton Great Hall as a place of Entertainment through our Cabaret Theatre Space. Please come back and check the website as we update new shows throughout the year and look out for our full brochure for a comprehensive list of the upcoming shows.

We very much look forward to welcoming you to the venue where you will be greeted by our friendly and attentive staff with full table service drinks and refreshments when available. 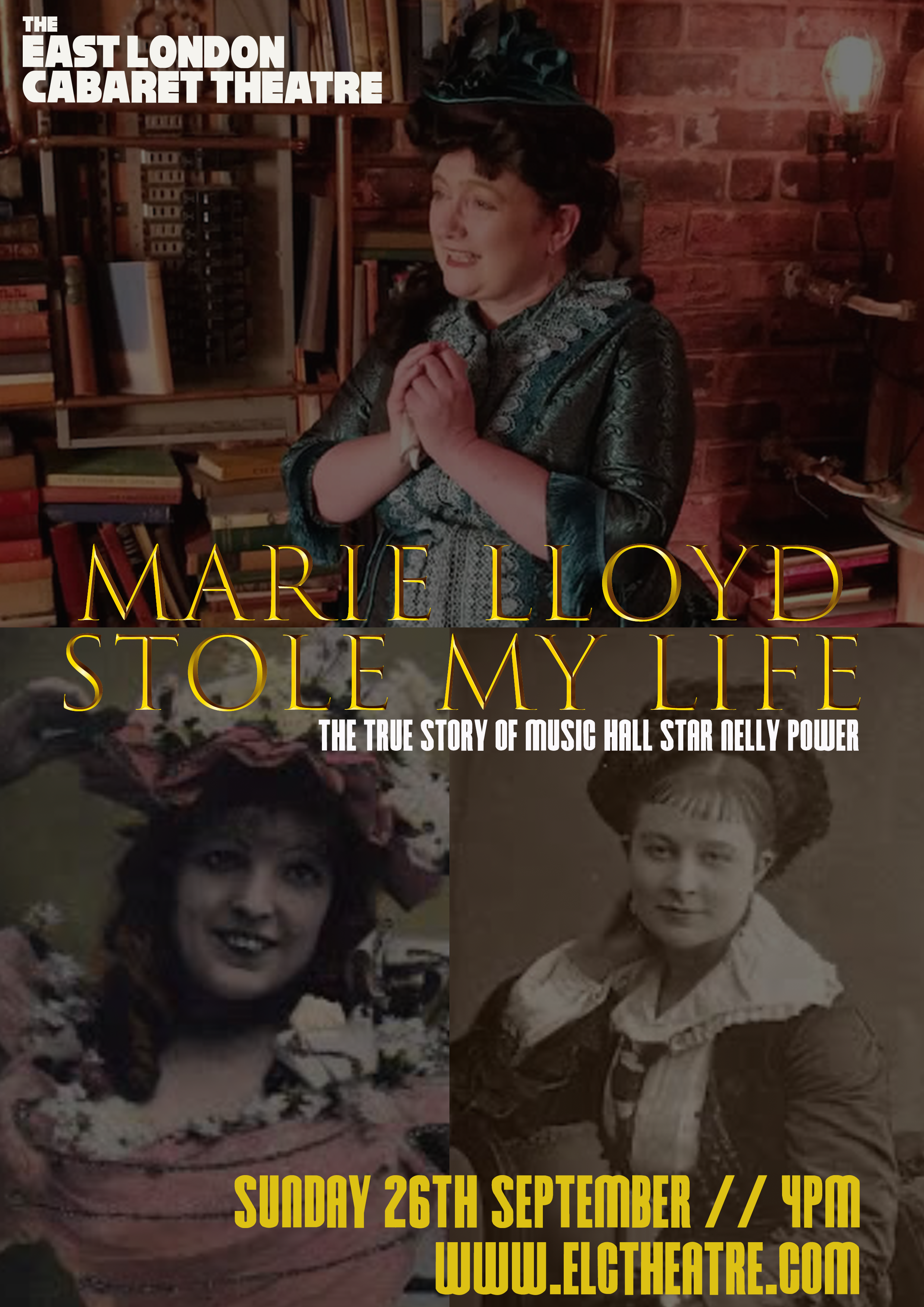 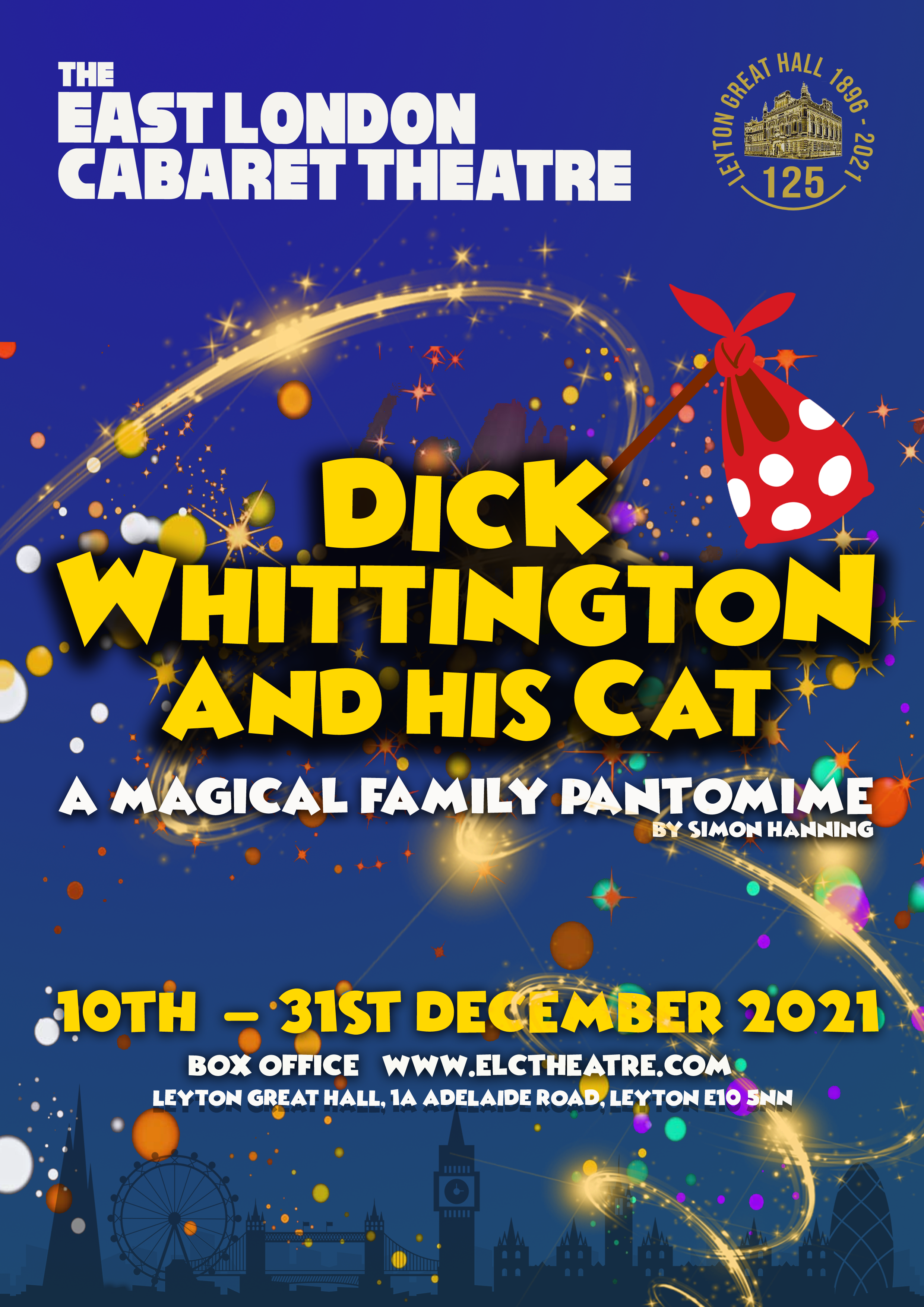 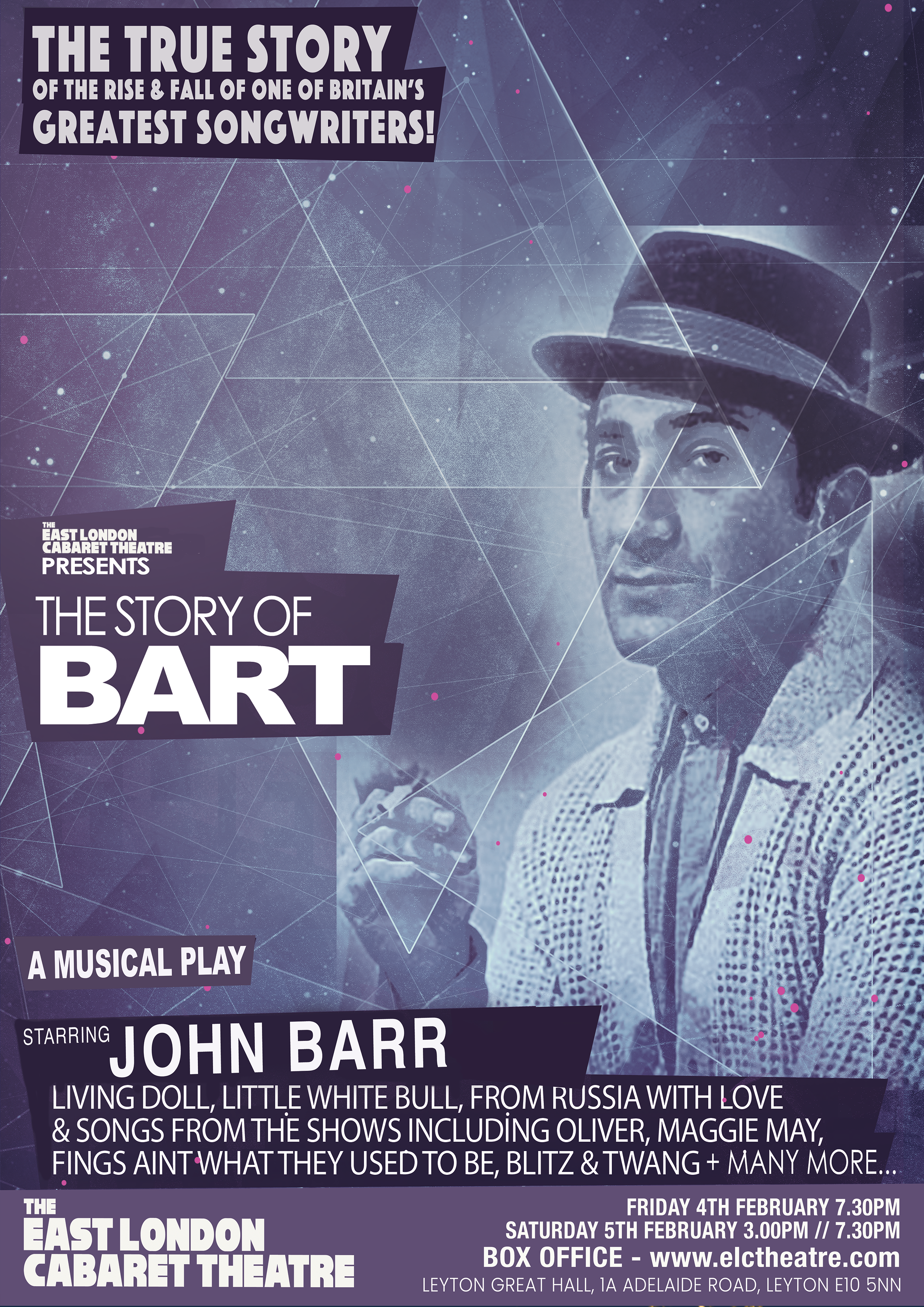 The Story of Bart

Coming to the East London Cabaret Theatre this December is Dick Whittington & His Cat; The borough’s first professional pantomime!

History of the Hall

The East London Cabaret Theatre is based in the 125 year old Leyton Great Hall.

The Leyton Town Hall was opened by Mr James Gallaher, Chairman of the Board in August 1894 and the building was opened in 1896. It was designed in a rich Victorian eclectic classical manner and built using a combination of red brick and Portland stone. The main body of the old Town Hall is surmounted by a decorative timber and lead fleche, which still dominates the local skyline.

The official opening of the building was on the 18th March 1896 by the Duke and Duchess of York (who subsequently became King George V and Queen Mary) at a grand civic ceremony presided over by Councillor Edward Bare LP Chairman of the Leyton Urban District Council.

Michael Polledri MBE, chairman of Lee Valley Estates, had long been interested in what has been constantly described as the most beautiful building within the Borough. When the opportunity to purchase the site came about in 2007, Michael and his team put together a successful bid and secured the property from Waltham Forest Council with a primary focus on protecting and enhancing the Grade II site.

Launched in the 125 year old Leyton Great Hall, the ELC Theatre is a unique and exciting place of entertainment in East London.